Reflections from IDW in Gaborone, Botswana

More than 830 registered to attend International Data Week (IDW) in Gaborone, Botswana November 5-8, including data scientists, performance computing specialists and policymakers from 66 countries. Sixty percent were from African nations. Co-located meetings included a convening of the Executive Council of the Committee for Data of the International Council for Science  (CODATA); the Research Data Alliance (RDA) Twelfth Plenary; #Drones4Good; and more.

Photo by IDW: President Masisi is second from left.

Botswana’s President Mokgweetsi Masisi delivered the opening keynote on Monday, November 5. While he has only been in office since last April, his presence underscored the national commitment to science and technology. And he rarely travels alone; the many dignitaries who accompanied him were enlightened by his keynote and the IDW program, alike. When the tone at the top favors science, as it clearly does in Botswana, and that sentiment is echoed by all who support the leadership, research excellence can be accelerated. Kudos to UB and Botswana Open Data Open Science (ODOS) stakeholders for engaging President Masisi, and I appreciate that His Excellency took time from his busy schedule to attend.

At the invitation of IDW Committee Head Tshiamo Motshegwa (UB and former SADC HPC Forum Chair), I was instrumental in recommending domain specialists to serve as keynotes and was pleased to engage Ian Foster (UChicago/Argonne; aka the Father of Grid Computing).

With a wide range of multidisciplinary content featured at IDW, I focused on an agricultural track since food security and cybersecurity run neck-and-neck on my list of favorite topics. Elizabeth Arnaud (Bioversity International/CGIAR Platform Ontologies) and I submitted an abstract together, and it was accepted. I’m thankful she could attend, since she is a well-known expert who participates in several ag-related RDA and CGIAR communities of practice. Not only was it great to have her in Gaborone, it was good for early-career data scientists to learn directly from her about the wonderful programs CGIAR, RDA and Bioversity International have to offer.

I presented on the topic of distributed ledger technologies (and blockchain) as part of a panel on Emerging Technology in Agriculture. My poster highlighted additional community-building projects I’ve been involved within the SADC region since 2012. Many thanks to Nox Moyake and Bryan Johnston (CHPC, South Africa) for representing my poster on behalf of the African HPC Ecosystems Project when my travel was delayed on Monday.

It was good to connect in-person with many of the stakeholders who support projects represented on my poster. All will have another opportunity to meet in a few weeks in Cape Town for the annual Centre for HPC National Meeting and co-located SADC forums.

Lindsay Barbieri (U-Vermont, right) and I were following the same path, and I couldn’t have been in better company. Lindsay and I also served together on the #Drones4Good planning committee which was led by Jane Wyngaard (Notre Dame) and Tshiamo Motshegwa (UB). Her enthusiasm is contagious, and she’s a wonderful MC! She’s an advocate for the use of drones in agriculture, and I hope we can shape an ag-related UAV project in the future.

While we originally anticipated #Drones4Good would appeal to multidisciplinary drone enthusiasts, as fundraising efforts fell flat (2017-18 has been lean), Dr. Motshegwa and UB framed a more intimate program for students and park rangers that focused on wildlife conservation at the Khama Rhino Sanctuary Trust (KRST; roughly the size of Rhode Island). The goal for their field exercise was to establish guidelines for specific platforms that would be useful to park rangers who have the challenge of monitoring protected and endangered species, counting populations, monitoring fence lines, improving the safari experience for guests, and collecting data that could ultimately be used to establish tech-based conservation best practices for the SADC region, and around the world.

A few Women in HPC

In retrospect, I think #Drones4Good@IDW was even better than any of us had imagined. Instead of a multidisciplinary effort for early-career scientists from around the world, the cohort included faculty from two regional-serving academic institutions, their students and KRST rangers who had the opportunity to establish rapport. Through their efforts, the concept of using drones for conservation was socialized with the local aviation authority which is an important step toward the adoption of drone technology for conservation, in general. The students developed a deeper understanding of the KRST mission and a greater appreciation for the work rangers do. As a technology advocate, it excites me to think we could foster a high-tech conservation career track for the future.

Badisa Mosesane (cover image: second from left in red shirt) was one of four UB computer science students, under Dr. Motshegwa, who assisted with the field work. Mosesane recently graduated from UB with an undergraduate degree in computer science. As part of the RDA sUAS Data Interest Group session at IDW, he presented a recap of the #Drones4Good event which outlined applications for drone technologies in technological, ecological, conservation and agricultural research. Unique insights about Khama, in particular, were drawn from field research conducted by UB and Botswana International University of Science and Technology (BIUST) staff and students, with input from and KRST staff.  According  to Wyngaard, anyone who would like to keep abreast of future plans for drone data research should join the RDA sUAS data IG mailing list, and/or watch for IDW sessions slides that will be added here.

I’ll admit; I was ready to “pull the plug” at one point due to financial shortcomings; there was no way we could support 30 to attend IDW plus Drone Week, as was my original goal. But the initiative moved forward as a grassroots effort due to Drs. Motshegwa and Wyngaard’s shared vision, boundless optimism and love of teaching. I’m thankful that Don Sullivan (NASA Airborne Science Program) was able to attend since he was also active with the planning committee this past year. He shared his experience with a major US national agency’s effort to utilize advanced drone technologies for a variety of research applications, including climate studies, environmental science, earth observation, agriculture, and more.

In the coming weeks, I’ll share more details about #Drones4Good in a feature article, but the content will take time to vet. Stay tuned for more news about IDW and #Drones4Good!

Photo by IDW: Audrey Masizana (UB, far right) was a local facilitator and “hub” for all things in Gaborone. Masizana is a senior lecturer and head of the UB computer science department.

I’m grateful to the University of Botswana (UB), the Academy of Science of South Africa (ASSAF), and the South African Council for Scientific and Industrial Research (CSIR) for supporting my travel so that I may correspond about IDW and the South African Centre for High Performance Computing’s National Conference in December. I appreciate all of the committee members, speakers, delegates and local business owners who accommodated so many visitors. With a population of roughly 230,000, regional industries, including airlines, hotels and restaurants, undoubtedly benefitted from the extra traffic. Many guests will remain in the area to enjoy Botswana’s unique natural spaces, rich biodiversity and grand hospitality. IDW was also good for Johannesburg, South Africa’s economy, as most flights enroute to Gaborone connect through JNB.

Since we met in South Africa a few years ago, I have followed Simon Hodson’s (CODATA) activities on social media. This week, I developed a deep respect for his ability to facilitate such a complex endeavor. He was needed everywhere, yet took time to answer every email. Back when the paper was white, there was no way for him, or any collaborator, to know how many would register. He is both master planner and agile facilitator, to say the least. Of course, there’s a well-trained team behind him and at the UB, which proved to be a winning combination.

I look forward to future IDW events and hope they will return to Africa again in the future. 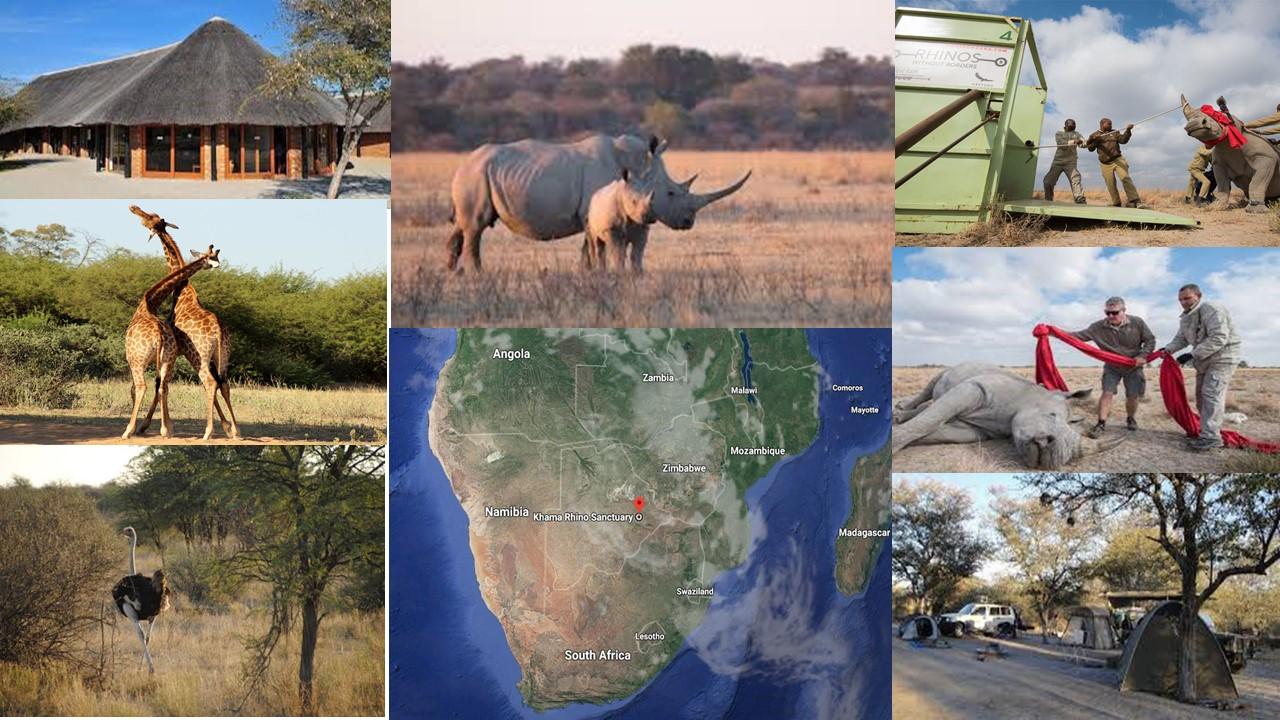 The brave man is not he who does not feel afraid, but he who conquers that fear – Nelson Mandela

I came, I saw and found new vendors – Finance management in HPC

Awesome! You've decided to leave a comment. Please keep in mind that comments are moderated.